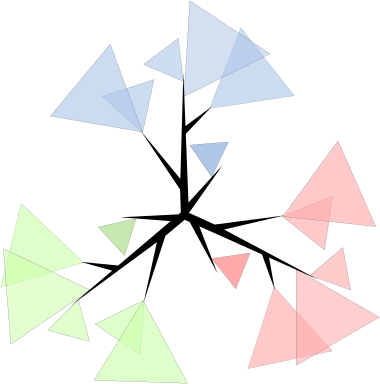 The Limba project does not only have the goal to allow developers to deploy their applications directly on multiple Linux distributions while reducing duplication of shared resources, it should also make it easy for developers to build software for Limba.

Limba is worth nothing without good tooling to make it fun to use. That’s why I am working on that too, and I want to share some ideas of how things could work in future and which services I would like to have running. I will also show what is working today already (and that’s quite something!). This time I look at things from a developer’s perspective (since the last posts on Limba were more end-user centric). If you read on, you will also find a nice video of the developer workflow 😉

1. Creating metadata and building the software

To make building Limba packages as simple as possible, Limba reuses already existing metadata, like AppStream metadata to find information about the software you want to create your package for.

To ensure upstreams can build their software in a clean environment, Limba makes using one as simple as possible: The limba-build CLI tool creates a clean chroot environment quickly by using an environment created by debootstrap (or a comparable tool suitable for the Linux distribution), and then using OverlayFS to have all changes to the environment done during the build process land in a separate directory.

To define build instructions, limba-build uses the same YAML format TravisCI uses as well for continuous integration. So there is a chance this data is already present as well (if not, it’s trivial to write).

In case upstream projects don’t want to use these tools, e.g. because they have well-working CI already, then all commands needed to build a Limba package can be called individually as well (ideally, building a Limba package is just one call to lipkgen).

I am currently planning “DeveloperIPK” packages containing resources needed to develop against another Limba package. With that in place and integrated with the automatic build-environment creation, upstream developers can be sure the application they just built is built against the right libraries as present in the package they depend on. The build tool could even fetch the build-dependencies automatically from a central repository.

2. Uploading the software to a repository

While everyone can set up their own Limba repository, and the limba-build repo command will help with that, there are lots of benefits in having a central place where upstream developers can upload their software to.

I am currently developing a service like that, called “LimbaHub”. LimbaHub will contain different repositories distributors can make available to their users by default, e.g. there will be one with only free software, and one for proprietary software. It will also later allow upstreams to create private repositories, e.g. for beta-releases.

Every Limba package is signed with they key of its creator anyway, so in order to get a package into LimbaHub, one needs to get their OpenPGP key accepted by the service first.

Additionally, the Hub service works with a per-package permission system. This means I can e.g. allow the Mozilla release team members to upload a package with the component-ID “org.mozilla.firefox.desktop” or even allow those user(s) to “own” the whole org.mozilla.* namespace.

This should prevent people hijacking other people’s uploads accidentally or on purpose.

LimbaHub should also act as guardian over ABI stability and general quality of the software. We could for example warn upstreams that they broke ABI without declaring that in the package information, or even reject the package then. We could validate .desktop files and AppStream metadata, or even check if a package was built using hardening flags.

This should help both developers to improve their software as well as users who benefit from that effort. In case something really bad gets submitted to LimbaHub, we always have the ability to remove the package from the repositories as a last resort (which might trigger Limba to issue a warning for the user that he won’t receive updates anymore).

Limba, LimbaHub and the tools around it are developing nicely, so far no big issues have been encountered yet.

That’s why I made a video showing how Limba and LimbaHub work together at time:

Still, there is a lot of room for improvement – Limba has not yet received enough testing, and LimbaHub is merely a proof-of-concept at time. Also, lots of high-priority features are not yet implemented.

At time I am developing LimbaHub and Limba alone with only occasional contributions from others (which are amazing and highly welcomed!). So, if you like Python and Flask, and want to help developing LimbaHub, please contact me – the LimbaHub software could benefit from a more experienced Python web developer than I am 😉 (and maybe having a designer look over the frontend later makes sense as well). If you are not afraid of C and GLib, and like to chase bugs or play with building Limba packages, consider helping Limba development 🙂

The Limba project does not only have the goal to allow developers to deploy their applications directly on multiple Linux distributions while reducing duplication of shared resources, it should also...