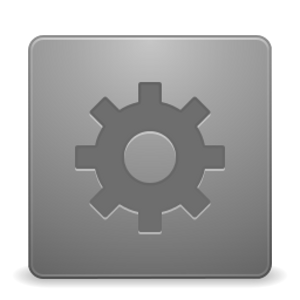 Many awesome new releases have been made this week so far!

The new PackageKit features lots of bugfixes and small improvements. It also contains a few new features, like showing PolicyKit dialogs on the command-line, even if no GUI is running.

If you want to try the new PackageKit and are a Debian user, you can install it from Debian Experimental. (Packages are available) The next Apper release will support this PackageKit series too.

The “we-break-everything” Listaller release. Contains a finalized IPK1.1 spec which is frozen now, so if you create packages, you can be sure future Listaller releases will support them too. Also the Listaller API was refreshed so it is much easier to use.

This new release does not include the promised support for IPK-repositories/software-updates, this feature was not ready for 0.5.6, but it might come with 0.5.7 – then it will also include deltaIPKs, one of the most-requested features by game developers (and probably LibreOffice users :P).

Instead the new Listaller contains rewritten support for GPG-key handling, giving distributors and users full control of the GPG public keys Listaller trusts. Also, Listaller won’t install packages with security level “Low” anymore, by default. Of course you can change this setting, if you want.

The new Listaller requires at least PackageKit 0.8.4, because it requires some changes done in this PackageKit version.

I am really excited about this one! AppStream-Core is a collection of tools I started writing during my SoC which allows creating & accessing the AppStream database. In combination with PackageKit, AppStream-Core offers a nice way to build Software-Center-like applications. AppStream-Core is also a central place where all changes for AppStream support can be implemented in a distro-agnostic way. If your distribution wants to support software-centers, it should ship this collection of tools. (of course, AppStream data still needs to be provided by distribution-specific tools)

The 0.1 release is not meant as a stable release, it is only something you can play with at time. Right after 0.1 was released, I already did some important changes in the master branch, so the whole project is moving at time, and there is no API-stability-promise yet. But of course I suggest everyone to test the project 😉

AppStream-Core is a prerequisite to make stuff like application-display in KDE’s Apper work or to help GNOME implementing a tool like GNOME-Software. (it is also recommended to run the USC on other distros)

Many awesome new releases have been made this week so far! PackageKit 0.8.4 The new PackageKit features lots of bugfixes and small improvements. It also contains a few new features,...